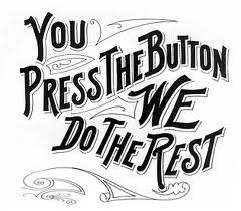 What a wonderful time to be able to step back from the daily grind, enjoy some time with family, and get some much needed time in the studio. Or if you’re like me, get completely sidetracked (more like waylaid) by various projects that need to get done before “vacation” is done. Now, there is a certain oxymoronic quality to this circumstance (“vacation isn’t for relaxing… it’s for getting work done!”) which I am inclined to point out, but after some consideration I feel that it may be more efficient to plow through the chores in hopes of completing them with some break time left to spare.

Speaking of Christmas, I did get one item on my list that may stand out above the rest. As a photographer my camera is a mission critical tool (my computer is my only other one) the thing that without which it wouldn’t be impossible to make work, but a lot would have to change to do so. Well, it was time for an upgrade after four years of faithful service from my last camera (By the way, 4 years in camera years is equivalent to over 100 people years) and at long last I have it. I won’t go into the boring details but I’ll just say that after just a few days of using it and testing its limits I am very excited about what things I will be able to create with it. In the mean time I must find a place to sell my old camera gear.
Finally, I’ve been thinking a lot about all of the possibilities that are on the horizon for my wife and I over the next 6 months or so. Many of the options would seem to include living what I will call a “simpler” lifestyle, one without so many accumulated things for lack of space to put them. And so I’ve been asking myself the question, what would I make if I have no space or workshop-type resources? I still identify primarily as a photographer, though I am one that leans heavily on the studio artist end of the scale, and as such a blend I have often conceptualized or completed work through an introduction of real space back into the process or piece. But what if there was no space? I really am leaning towards the possibility of pushing myself more firmly in the direction of digital media art. Video, Web, Programming, Sociality, Interactivity, Connectivity. In the lack of physical space my mind travels into the realm of digital space, where worlds and realities can be created and where I think culture is being pushed more and more. Thus far I have merely dabbled in the tools available, but I think it is time to really learn them in order to open more fully this different space of expression.
My wife and I were also given a compact camera (gotta capture all those family moments). After just starting to learn how to use it efficiently and get a handle on the features it has, it is amazing how complex they can make a relatively simple camera. Gone are the days of the black box with a lens and roll of film. Now there are menus, submenus, and scene modes galore, to mention nothing of the gigs of photos and videos that you end up with afterwards. It’s enough to drive a guy crazy, just longing for the good ol’ days.

I was out shooting some landscape in Cherry Hill with a large format field camera and just managed to miss the rain and lightning. I’m working on a concept involving the use and conservation of space and commercial development… pictures to be developed soon.